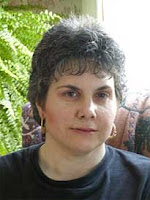 ~A Fae man with malfunctioning magic hides from matrimony in Las Vegas, disguised as a magician's assistant. A Half-Fae, female magician with secrets of her own.~

Alexi's malfunctioning magic made him a sitting duck when it came to husband-hunting Fae women. He knew he had to find a place where he could hide and make a living before he became completely bereft of magic, and ended up in Vegas, where his wonky magic wouldn't raise any eyebrows.

Megan was a Halfling Fae who made her living as a magician. She had enough magic to know Alexi was in deep trouble, and enough sense not to tell him she was a halfbreed. She took him on as her assistant because she thought they would both be safe with each other, and because he needed her help even more than she needed his.

Eventually, their working friendship turned to close friendship, partnership, looking out for each other. And then they realized they not only needed each other, but wanted each other.

However, there was Alexi's doomed magical heritage, and hungry Fae women caught in Need still on the prowl, and what chance did a halfbreed woman have against all that?

WIN - Leave Michelle a question today at her Cyber Launch Party and your name goes in the hat for one of the prizes she's offering up today!!  Please leave your email address so Michelle can contact you for your mailing address.
Posted by AuthorIsland.com at 9:00 AM