WHEN THE NIGHT COMES: A Paranormal Romance Anthology - Only 99 Cents! 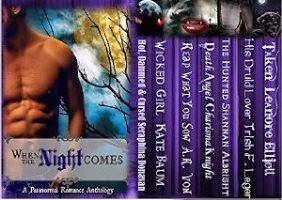 IT ISN’T ALWAYS BAD WHEN THINGS GO BUMP IN THE NIGHT!!! Enjoy this anthology of seven, hot, exciting stories by many of the same authors who brought you STRANDED WITH A BILLIONAIRE, AND HOT SOLDIER!

Cursed as a teenager, Eden has lived her life in pain and fear, a target for all paranormal creatures, including Smith, a vampire with a bad attitude. But Smith doesn’t want to cause her pain, he just wants her. Even though she’s everything he is supposed to despise, he craves her body even more than he craves her blood. Forced to work together to break Eden’s curse and defeat one of Smith’s oldest enemies, they might just fall in love, if they don’t kill each other first! HOT, DAMNED AND CURSED by Seraphina Donavan.

Ettie Stewart is such a nice, good girl, that she doesn’t even balk when her parents ship her off to a fat camp. But what if being everyone’s good little girl can have unexpected benefits in the form of the fat camp’s hot chef, Henry? Find out in CLEVER GIRL by Kate Baum.

Isolated her whole life, talking only to the animals only she can communicate, Melanie’s life changes dramatically when she meets Tim. Little does she know that Tim has secrets of his own. He understands her pain, because as a Reaper, he often delivers pain to others. But Melanie is different, and she makes him long for things that a Reaper shouldn’t… like love. REAP WHAT YOU SOW by AR Von.

Secret desires haunt Death Angel, Bane. Obsessed with Willa Mae, the Angel of Willpower for a millennia, she’s his perfect counterpart. Willa harbors her own secret desires for Bane, but while he sees balance in their differences, she sees only despair and rejects him, damaging his ego and the fragile bond between them. But what will happen when an old foe reveals Willa’s secret? DEATH ANGEL by Charisma Knight.

To save the life of an enslaved demon a druid will do anything to free him. A deadly rite will throw them together, but it’s their love they must rely on in the hunt for a future together. THE HUNTED by Shannan Albright.

From two different worlds Eloise Cummings and Baron MacArthur couldn’t be more different. She’s a druid and he’s a very ordinary, if successful, businessman. Still he’s drawn to her, after a chance encounter a year earlier and when fortune throws them together again, he feels compelled to pursue her. But Eloise can’t help but wonder what will happen when Baron learns the truth? Can this very ordinary man handle her very extraordinary nature, or will he walk away from her forever? HIS DRUID LOVER by Trish F. Leger

Three supernaturals /b> walk into a bar, and no, it’s not a joke. They’re on the hunt for a killer, one who’s targeting their kind. They’ve come to find Hennessee, a known hunter, and in the process they meet his student, the sweet and lovely Susie. All of them are charmed by her, but one of them has fallen hard for her. Love is always dangerous, but even more so when you’re hunting a vicious succubus. TAKEN by Leanore Elliott

Posted by AuthorIsland.com at 4:00 AM No comments:

THE PRINCESS by Laura Tolomei 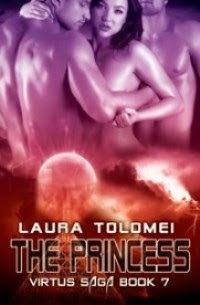 The book that reconnects it all—love, sex, lust, but also the princess to her power. Don’t miss the seventh chapter of the Virtus Saga.

Alone. The future of his world on his shoulders, Prince Duncan Caldwell has to connect the dots. To pick up the pieces of broken love. Before the new edition of the Game. Before the terrible loss awaiting him at Black Rose. But not alone. Not without his angel. Certainly not without his princess. For only her power will save him.


THE LORD by Laura Tolomei 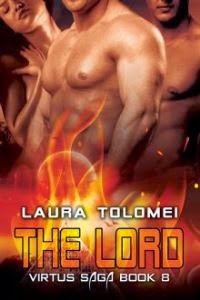 The book that ends it all—the fight, the unbalances, the uncertainties, the denial, the incomprehension—and begins everything anew: life, love, sex, passion and the future of their world forever assured! Be sure to catch the explosive conclusion of the hottest dark fantasy series on the web!


Join Duncan, Ylianor and Chris in the explosive conclusion of the Virtus Saga. The book that ends yet begins it all anew.

Angel or Demon? Angel and Demon! Two faces. One fucking gorgeous man! And only two people to switch him either way. Now he’s going to prove himself to the entire universe. The past in his power. The present in his lust. The future in his temper. Because as he says, us is sex!

Last book of the series, Virtus Saga's chapter 8 continues and finishes the dark fantasy story of Prince Duncan Caldwell, now Leader of the High Council, Lord Templeton, his lover and co-leader, and Ylianor Meyer, their woman and the other co-leader. The tale started in The Sex, Virtus Book 1, with Duncan and Ylianor meeting again after a ten-year estrangement. Then it continues in The Game Book 2, The Festival Book 3, The Leader Book 4, The Pledge Book 5, The Heat Book 6 and The Princess Book 7, each picking up from where the previous one leaves off. Given the saga nature of this ongoing fantasy series, it is advisable to read each book in sequence. 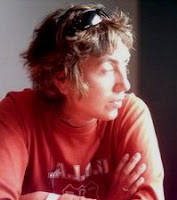 If you really want to know, I was born in 1965 in Rome, Italy, but soon started my travelling career. At the age of five, my parents took me to Lagos, Nigeria, where I grew up free and hot like I've never been since. I loved it there and still think of it with nostalgia. Anyway, it was also where I learned English.

After my African experience, I was ready to tackle the US. I lived in Atlanta, GA, five teen-age years, attending the Crestwood High School, where I started my writing career by publishing a short story Nostalgia on the Crestwood Journal. Very thrilled about discovering my new talent, I went ahead during college, writing for the Emory University journal The Phoenix. Three articles mark my first-and last-steps in journalism, "The peace Corps", "WAMM, Women Against Military Madness," and "Lesbism".

After my American experience, I moved back to Rome, but still kept living from time to time abroad, spending several months in Mumbay India, a country I always felt very close to me in more ways than one.

Today, I write both in Italian and English, mostly fiction of various genres, from fantasy erotica, to mysteries up to plain ordinary life stories.

In English, I write erotica in various genres, mostly fantasy, sci-fi and paranormal, sometimes trespassing into contemporary. Feel free to look over my current and future projects by clicking here.

AN HEIRESS FOR HIS EMPIRE by Lucy Monroe 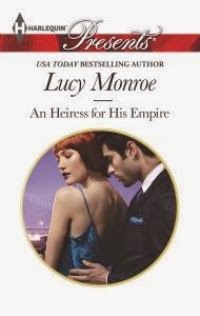 The story: Innocent debutante Madison Archer has hit the headlines for a scandal not of her making. Now, marriage to the unscrupulous Viktor Beck is the only way to save what’s left of her reputation!

The contract: Maddie has always featured in Viktor’s plans to take over her father’s company and expand his empire. The intense attraction between them only sweetens the deal he’s offered....

The secret: Though love doesn’t beat in Viktor’s heart, he’ll show Maddie just how hot their chemistry can be. But even this corporate shark is in for a shock—his wild socialite is still a virgin! 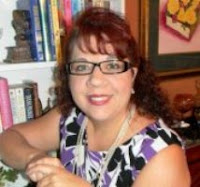 Award winning author Lucy Monroe sold her first book in September of 2002. Since then she has sold more than 50 books to three publishers and hit national bestsellers lists in the US and England.

She's a passionate devotee to the romance genre and loves talking writing, the industry and books with other writers as well as readers. Her highly charged, sensual stories touch on the realities of life while giving the reader a fantasy story not easily forgotten.

Whether it's a passionate Harlequin Presents, a sexy single title for Kensington or a steamy historical or paranormal for Berkley, Lucy's books transport her readers to a special place where the heart rules and love conquers all.

WIN - Leave Lucy a comment today at her Cyber Launch Party and your name goes in the hat for an autographed copy of A VIRGIN FOR HIS PRIZE (Book 2 in the Ruthless Russians duo.) - Please leave your email address so we can contact you if you are today's winner - Good Luck!

For more chances to win - Head over to her Facebook Event!

Posted by AuthorIsland.com at 4:00 AM 6 comments: