ROWENA AND THE DARK LORD by Melodie Campbell

When Rowena is abducted from Arizona and taken back to medieval Land’s End, one thing is clear: she must learn to control her powers of magic. It isn't easy being a modern girl in an archaic land, and when Rowena accidentally conjures up a Roman Legion in mid-battle, Land's End is on the brink of a war that could jeopardize everything and everyone she loves.

The stakes are raised when the Dark Lord reappears and traps Rowena in a cyclone of lust and passion. Once again she is torn between the man she loves and the mage who fires her desire.

Melodie Campbell achieved a personal best this year when Library Digest compared her to Janet Evanovich. 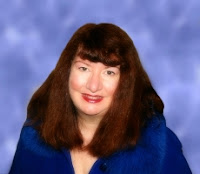 Melodie got her start writing comedy (stand-up and columns.)  In1999, she opened the Canadian Humour Conference.  She has over 200 publications including 100 comedy credits, 40 short stories and 4 novels. Her fifth novel, a mob caper entitled The Goddaughter’s Revenge (Orca Books), will be released Oct. 1. She has won 6 awards for fiction, and was a finalist for both the 2012 Derringer and Arthur Ellis Awards.

WIN - Leave Melodie a question today and check out her great giveaway below for a bunch of great prizes, including a $50 Amazon Gift Card!

a Rafflecopter giveaway
Posted by AuthorIsland.com at 10:00 AM