Today on our Cyber Launch Party Blog, we're celebrating the release of DEADLIER BY THE DOZEN by Marcia Colette, the second book in her Dark Encounters Series! 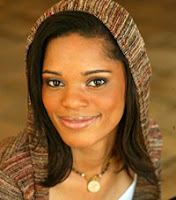 Bestselling author Marcia Colette hadn't discovered her love for reading until her late teens when she started reading John Saul and progressed to works by Stephen King and Laurell K. Hamilton. Her reading tastes convinced her to write dark paranormals where curses cause people to shift into spiders, psychotic and telekinetic mothers are locked away in attics, and murderous doppelgangers are on a rampage. Let's not forget about the hunky werecheetah coalitions who live throughout North Carolina. As long as she can make it believable, she doesn't shy away from the unusual and avoids common tropes.

Born and raised in upstate New York, Marcia now lives in North Carolina with her mom and beautiful daughter. They're not raising zombies in the backyard; thanks to swarms of mosquitoes infested the woods behind their house. There aren't any hellhounds living the den, only a rabbit and a cockatiel. So where she gets her ideas is as much a mystery to her as anyone else.

The best place to find her is on her blog where she loves connecting with readers and other writers.

DEADLIER BY THE DOZEN by Marcia Colette

Put up for adoption at seven-years old, history teacher Mackenzie Lawson has spent the last twenty years dreaming of meeting her family again. However, her hopes to rekindle old memories and find closure have hit one hell of a snag. A hundred-year-old curse placed upon her relatives has begun, unleashing a dozen of her doppelgangers who want her dead. Their purpose is to infiltrate her family and kill everyone in sight. To exact revenge for a wrong that happened more than a century ago.

Mackenzie must find a way to get rid of her psychotic doubles or risk having them go after her loved ones. However, each doppelganger kill causes her blood pressure to skyrocket to dangerous levels. This and more attract the attention of a mysterious mutant with patchwork skin who volunteers his services, but leaves out the part about it being his job to destroy the source of the doppelgangers starting with her. Mackenzie needs to figure out where his loyalties lie before DEADLIER BY THE DOZEN becomes deadlier by thirteen.

WIN - Leave a question for Marcia today at her Cyber Launch Party and your name goes in the hat for BOTH ebooks in Marcia's Dark Encounters Series - THE SPIDER INSIDE HER and her new release DEADLIER BY THE DOZEN. Please leave your email address so we can contact you if you are today's winner!

***NOTE - if you're having trouble leaving a comment, try switching browsers....seems blogger isn't playing nice with certain ones :-( or feel free to leave your questions over on our event posting at FACEBOOK and we'll include your name in our drawing!
Posted by AuthorIsland.com at 10:00 AM