Today we are celebrating a hot new romantic comedy from author Tim Smith and eXtasy Books called THE SWEET DISTRACTION. 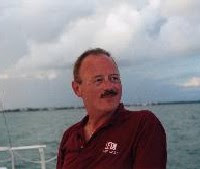 Tim is the author of five novels, including two contemporary romantic comedies with eXtasy Books. His first three adventure novels have won critical acclaim and several awards. He is also a freelance photographer and works in Dayton, Ohio as a case manager for adults with special needs. When he isn't devoting time to writing, you can find him in The Florida Keys, doing research in between parasailing and seeking out the perfect Pina Colada.

George Sullivan's life is a disaster in progress. His last few books haven't sold well, he drinks too much, he sleeps around, he's in hock for a gambling debt he can't repay and he'd probably trade his last friend for a best seller. His love life isn't faring much better, due to a bad breakup that still haunts him. When his agent arranges for him to write the memoir of notorious mob boss Vito Pasquale, it's the opportunity of a lifetime and a chance to make all his dreams come true.

What George doesn't count on is falling for the Don's beautiful but spoiled daughter, Cookie. It's lust at first sight for both of them, but George resists her blatant come-ons and seduction attempts because he fears how her father might react. When Cookie begins a relentless campaign to snare him it's only a matter of time before George caves in, but what if things don't work out between them? Will he end up in the middle of Lake Erie wearing a cement overcoat for dallying with the Don's daughter? Will Vito insist on a shotgun wedding to preserve Cookie's honor? Worse yet, when George finally achieves the success he's always wanted, will it be a hollow victory if Cookie isn't there to share it with him?


WIN - Leave Tim a question or comment today at his Cyber Launch Party and your name goes in the hat for a free download of his first erotic/romantic comedy ANYWHERE THE HEART GOES. Be sure to leave you email address so we can contact you if you are today's winner.

And don't forget to check out Tim's new contest over on the Contest Page at http://www.authorisland.com/ - he has a great gift bag with Italian-themed goodies and a cookbook (the female lead is Italian and owns a catering business) up for grabs.
Posted by AuthorIsland.com at 9:00 AM