Today we celebrate the digital and print re-release of Pauline Baird Jones' EPPIE award-winning novel OUT OF TIME, which is now available in Kindle for the first time. 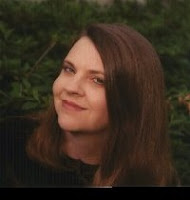 Pauline is the award-winning author of eight novels of action-adventure, suspense, romantic suspense and comedy-mystery. She's also written two non-fiction books, ADAPTING YOUR NOVEL FOR FILM and MADE-UP MAYHEM which released August 2008. Her seventh novel, OUT OF TIME, an action-adventure romance set in World War II, is a 2007 EPPIE winner in the single title/mainstream category. Her eighth novel, THE KEY, released from LL Dreamspell, is the Dream Realm Awards winner in its category and won a bronze medal in the Independent Publisher awards.

What happens when a twenty-first century woman on a mission to change the past meets a thoroughly 1940s man trying to stay alive in the hellish skies over war-torn Europe? Melanie "Mel" Morton is an adventure reporter, who lost her grandfather in World War II. With no family left, she's all about doing her job and finishing her grandfather's biography.

Enter Jack Hamilton, sexy octogenarian, genius/scientist and former WWII bomber pilot. What he tells Mel sends her on her craziest adventure yet - straight into the past to save her grandfather's life - and change Jack's future, if she doesn't accidentally end it.

All Mel has to do is outmaneuver the entire German army--and not fall in love with Jack. Unfortunately, eluding the German army is the easy part in this exciting romantic adventure and EPPIE award winner by Pauline Baird Jones.

WIN - Leave Pauline a question or comment today at her Cyber Launch Party and your name goes in the hat for a free download or print copy of A Ghostly Dreamspell Anthology featuring a story by Pauline. Please be sure to leave your email address, so we can contact you if you are today's winner!