Can a Viking forgive the woman who cheated him of his vengeance?

All Dráddor has to do is kill the Earl of Caithness, wed the man's daughter, and vengeance would be his and the oath to his father would be fulfilled. But when he arrives at Caithness, the earl is already dead, poisoned by own wife. And when he finds the earl’s daughter, the Lady Xára, he find she’s unable to speak. Unwilling to be thwarted, Dráddor marries her anyway to claim the earl’s lands and title, knowing King Kenneth could not fault him for later casting her aside.

Desperate to protect her family, Xára willingly weds the Viking. She must win Dráddor to her side before he discovers the secret that will destroy all. But the Saracen warrior, Niketas, has other plans. He needs the blood of two virgin half-immortals to win eternal life and the powers of the gods. Until the god Heimdallr, Xára's true sire, makes it clear he has other plans for his beloved daughter…

BUY THE eBOOK *** READ THE EXCERPT 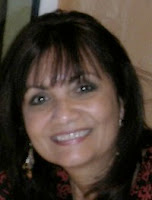 Award winning, Jianne Carlo knows multi-cultural romance. Born to an Indian father and a Hispanic mother intent on becoming a nun, she met and married her Dutch-bred immigrant husband in her last year at college. Their children check off the majority of the boxes under the category, Ethnic Origin.

Add to this the fact Jianne grew up on a sixty by forty Caribbean island where the population mixture represents the world's religious, cultural, and ethnic diversity (and some mixtures no one's dreamed up) and you have a multi-cultural woman who believes the word 'Mutt' represents the best of human nature.

For the factually inclined, Jianne has a Bachelor's Degree in English and Sociology, and a Master's in Management Science with three areas of concentration, Computers, Finance, and Statistics.

Her passions in life center around her proudest achievements, a happy marriage (measure of happiness varies with level of irritation), and three grown sons of the finest caliber she's proud to call friends, although they're never allowed to forget the mom factor.

Other areas of interest include, traveling, meeting new people, reading, dressage, all animals, cooking eclectic food, eating said food, and sipping good wine, while hanging out, ('liming' in Trini-speak) with friends. Jianne's proud to announce the only carbonated beverage she drinks is champagne. Who needs Coke?

And you never want to be in the same room if she picks up a dart and aims for the target. Run for your life. Her colleagues do. Her family hides such instruments.

WIN - Leave Jianne a comment today at her Cyber Launch Party and share this post with your friends using the share bar below and your name goes in the hat for your choice of one of the first two books in Jianne's Viking Vengeance Series.  Please tell her how you shared and leave your email address, so Jianne can contact you if you are today's winner.
Posted by AuthorIsland.com at 10:00 AM