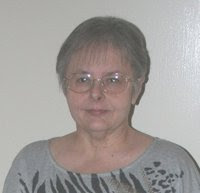 Michael spent his adulthood taking care of his baby sister, pretty much putting his own desires on hold. Then Maddie fell in love and married, freeing Michael to have a life of his own.

He doesn't think things can get any better. He's a single, successful architect with his own firm, living and playing in downtown Houston. What more could he want out of life?

Just when he believes everything is perfect, Maddie shatters his illusions by revealing their family's furry secret. Now his sister is growling and running around on four legs while trying to convince him he has an inner wolf of his own. And if that's not bad enough, he's falling in love with a woman who occasionally has more hair on her legs than he does.

So, what's Michael's response to all the changes in his life? He denies everything!


WIN - Leave Missy a comment or question today at her Cyber Launch Party and your name goes in the hat for your choice of an ebook or print copy of Book One in her Wolfen Heritage Trilogy - DISCOVERING HER WOLFEN HERITAGE! Please leave your email address, so we can contact you if you are today's winner - Good Luck!
Posted by AuthorIsland.com at 10:00 AM