Today, we're celebrating the release of the fourth book in J.C. Wilder's MEN OF SWAT Series. 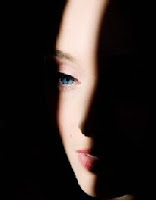 J.C. Wilder left the world of big business to carry on conversations with the people who live in her mind, fictional characters that is. In her past she has worked as a software tester, traveled with an alternative rock band and currently volunteers for her local police department as a photographer. She lives in Central Ohio with 6,000 books and an impressive collection of dust bunnies.
This award-winning author also writes as Dominique Adair.
WEBSITE *** MYSPACE *** BLOG *** FACEBOOK *** TWITTER

Fourteen years of friendship, it all comes down to this... LOVING RANGER
A Men of S.W.A.T. story from J. C. Wilder

Sissy Kolchek is a smart-mouthed waitress with a southern accent that's thicker than honey and a life that isn't nearly as exciting as some people think. As the daughter of the town tramp, she's cynical about men, relationships and anything marked one size fits all. Beneath her wisecracks is a woman who secretly longs for a family and a place where she belongs.
Jason "Ranger" Diver is an undercover cop who has seen the dark side of love and wants nothing to do with it. With his chaotic lifestyle, he hasn't the time or the inclination to become involved with only one woman - especially not his friend Sissy. He's fantasized about her since high school and when they kissed, she rocked his world. Jace is captivated by the woman she has become and, as their relationship grows, he finds himself torn between the biggest case of his career and the love of a good woman.
Warning: Copious amounts of hot lovin', random bad guys wrecking havoc, a goat named Casper, more sexy cops than you can shake your nightstick at and the deliberate destruction of the English language.
BUY THE BOOK *** READ THE EXCERPT
WIN - Leave a comment or question for JC today at her Cyber Launch Party and your name goes in the hat for a special gift pack for fall. Please leave your email address so we can contact you if you are today's winner!