If I knew what I know now, would I have searched so hard for the truth?

Anne Williams says she killed her best friend, Karoline. But did she? Or is there more to Karoline's mysterious death than meets the eye?

Anne embarks on a compelling journey to discover her past and exposes an unusual history, horrific crimes and appalling betrayals. Through unexpected turns and revelations, Anne learns about love, family and who she really is.

Can she survive the truth? 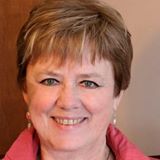 Catherine Astolfo retired in 2002 after a very successful 34 years in education. Catherine received the

Catherine is a past President of Crime Writers of Canada and a Derrick Murdoch Award winner (2012). She was a Zonta Club 2012 Nominee for Women of Achievement.

Writing is Catherine's passion. She can recall inventing fantasy stories for her classmates in Grade Three. Her short stories and poems have been published in a number of literary Canadian presses. In 2005, she won a Brampton Arts Award. Her short stories won the Bloody Words Short Story Award (second and first) in 2009 and 2010. She won the prestigious Arthur Ellis Best Short Crime Story Award in 2012.

Catherine's novel series, The Emily Taylor Mysteries, are published by Imajin Books and are optioned for film by Sisbro & Co. Inc.
Elementary Dufferin-Peel OECTA Award for Outstanding Service in 1998. She was also awarded Dufferin-Peel Catholic Elementary Principal of the Year in 2002 by the Catholic Principals Council of Ontario.


a Rafflecopter giveaway
Posted by AuthorIsland.com at 10:00 AM