AFTER MIDNIGHT by Sarah Grimm 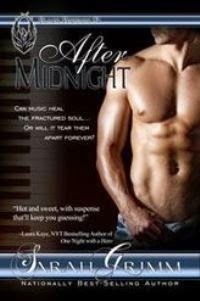 Thirteen years — that's how long Isabeau Montgomery has been living a lie. After an automobile accident took her mother's life, Izzy hid herself away, surviving the only way she knew how. Now she is happy in her carefully reconstructed life. That is until he walks through the door of her bar...

Black Phoenix singer/front man Noah Clark came to Long Island City with a goal — one that doesn't include an instant, electric attraction to the dark-haired beauty behind the bar. Coaxing her into his bed won't be easy, but he can't get her pale, haunted eyes nor her skill on the piano out of his head.

Can Noah help Isabeau overcome the past? Or will her need to protect her secret force her back into hiding and destroy their chance at happiness? 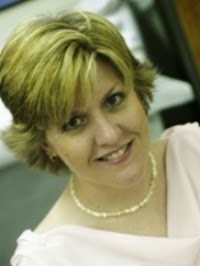 Sarah Grimm is a wife and mother of two—five if you count her much-loved dogs. She resides in beautiful West Michigan, near the white sandy beaches of Lake Michigan.

The youngest of four, Sarah can’t remember a time when she wasn’t writing. In fact, her siblings believe she began writing in utero to pass the time. As a child, Sarah wrote constantly, littering the house with bulging spiral notebooks and ignoring the ribbing of her mother and sister who routinely said romances? in a somewhat scornful tone. Little did they know, Sarah would go on to win a 2011 Readers Favorite Award for her romantic suspense, Not Without Risk, and her interracial contemporary romance, After Midnight would both final in the 2012 Gayle Wilson Award of Excellence, as well as win the 2012 Romance Through the Ages Award.

Vivacious and imaginative, Sarah spends much of her day managing the family marine repair business while listening in on the lives of her characters. In the evening, she writes it all down, weaving the story as she goes. She says this method works well for her, except on the days when her hero and heroine insist on a steamy love scene while she’s answering the telephone or doing the taxes!

When asked what he thinks of her choice of genres, Sarah’s husband grins wickedly and answers, “It makes for interesting evenings.” Hmmm...

WIN -All day today Sarah Grimm is celebrating on Facebook. Stop by to hang with Sarah, learn more about her rockin' series, get a sneak peek at the upcoming release of book two and for the chance to win some fun prizes! Stop by and Say Hi!