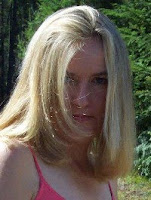 Office manager Morgan Moran knows there are good surprises and bad surprises. Good is getting into the hairdresser on a cancellation or being treated to a luxury spa day by your boyfriend. Bad is having that boyfriend pop THE question before you're ready.

As her thirtieth birthday approaches, Morgan fears her boyfriend of two years will ask her marry him. She loves him to death - but she's not sure that she can love him until death-does-she-part. Although Jack is kind, gentle, thoughtful and built like a sex god, he's boring in the sack. She's just not sure she can settle for a lifetime of vanilla sex when she really craves thirty-one flavors.

In his younger days, thirty-five-year-old Jack Hudson sowed some wild oats. Really wild--the kind of oats that he knows would shock his girlfriend. He's cleaned up his act and become a responsible, respectable veterinarian. He's ready to settle down and ask Morgan to be his wife. He's crazy about this sexy, sassy spitfire. She keeps him on his toes. Unfortunately, she also keeps him waiting. And waiting. She's late to everything. It's almost as if she's trying to push his buttons, and if she's late one more time...he's going to spank her.

When Morgan shows up three hours after own birthday celebration begins, she forces Jack to take a very firm stand, unleashing a night of passionate discovery that fulfills all of Morgan's secret desires. But in the harsh glare of morning, she's forced to wonder if the price she paid for fulfillment was too high, and if she and Jack can have a future together after all.

WIN - Leave a comment or question for Cara today at her Cyber Launch Party and your name goes in the hat for one of TWO free downloads of Cara's first book INTIMATE SUBMISSION. Please leave your email address so we can contact you if you are today's winner!
Posted by AuthorIsland.com at 9:00 AM