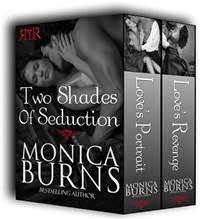 When Julia Westgard commissions a nude portrait of herself, the painting is much more than a rebellious act. It’s an attempt to regain her self-worth after years of a loveless, repressive marriage to her late husband. But the private portrait puts her directly in the path of Morgan St. Claire, one of the Marlborough Set’s most notorious seducers. A man who doesn’t take no for an answer.

When Quentin Blackwell, Earl of Devlyn, discovered his fiancée had betrayed him, he broke their engagement. In retaliation, her father ruined Devlyn. When Sophie Hamilton, his ex-fiancée’s older sister comes to him with an unexpected offer, Quentin seizes the chance for vengeance. What he doesn't bargain on is how revenge could cost him the one thing he wants the most. Sophie's love.

All her life, Sophie's tried to earn her father's love to no avail. Even her one chance for happiness was crushed beneath his tyrannical thumb, leaving her firmly on the shelf at forty-one. Sophie accepts her fate until she impulsively uses her father's illicit activities to escape a life of servitude and righting a wrong at the same time. But she never really expected the Devil of Devlyn to actually accept her rash proposal, and she certainly hadn’t planned on falling in love with a younger man. 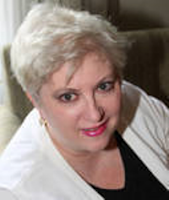 A bestselling author of spicy historical and paranormal romance, Monica Burns penned her first short romance story at the age of nine when she selected the pseudonym she uses today. Her historical book awards include the 2011 RT BookReviews Reviewers Choice Award and the 2012 Gayle Wilson Heart of Excellence Award for Pleasure Me. She is also the recipient of the prestigious paranormal romance award, the 2011 PRISM Best of the Best award for Assassin’s Heart. From the days when she hid her stories from her sisters to her first completed full-length manuscript, she always believed in her dream despite rejections and setbacks. A workaholic wife and mother, Monica believes it’s possible for the good guy to win if they work hard enough.

WIN - Monica has an awesome giveaway going on over at her Facebook Page - Check it out!

We're also celebrating all day today over at Monica's Facebook event - Stop by and join the fun!