What does it truly mean to be ‘Human’?

... Chiku Flynn wasn’t raised to be human. Born in the Congolese rainforest, she spends her first eleven years as part of an experiment. For her, the aboriginal—the primitive—is ‘normal.’

Just after her eleventh birthday, Chiku witnesses the horrifying death of her mother, and her father sends her ‘home’ to the United States, to a normal teenager’s life. But she can’t adapt. She is the proverbial wild child—obstinate and defiant.

When her father disappears, sixteen-year-old Chiku heads back to the primordial jungle, where she uncovers her own dark past and puts to use her greatest skill: she can communicate via sign language with the wild chimpanzees of Chimp Island.

But there is turmoil in the rainforest—civil war, environmental upheaval…and murder. The lives of the chimps and the safety of the people she loves depend upon one teenaged girl who refuses to be messed with—Chiku Flynn. 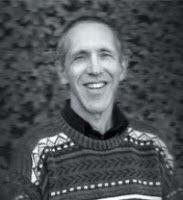 Peter Clenott was born in Portland, Maine and graduated from Deering High School and Bowdoin THE THIRD WORLD. He interrupted his writing for a solo trip to South Africa at a time when apartheid ruled and Nelson Mandela was still in prison. Out of this experience came the novel ALBERTVILLE.

College with a major in history. His writing career began after he completed his last college exam, a science fiction novel called

Upon his return to the United States, Peter settled in Boston and became involved with the housing movement in that city at a time when gentrification was uprooting neighborhoods and sparking arson-for-profit. He has been working in the housing field ever since from tenant organizing, to public housing advocate, to working with homeless families.

He currently resides in Haverhill, Massachusetts and has three children, Leah, William and Stephen.